At the beginning of the twentieth century, there was a great cultural revolution that significantly changed the understanding of female beauty. According to historians, the main reason for these changes was the introduction of Prohibition in the United States. The new law caused a sharp increase in the number of gangster groups, the so-called bootleggers, who illegally traded alcohol.

Underground clubs served whiskey calling it coffee or tea. Presumably, such conditions finally shaped women’s makeup in the style of Chicago that was the gangster capital of the US at that time.

How the Chicago Style Appeared

In addition to the general trend towards female emancipation (cooking and raising children ceased to be popular, ladies wanted to take part in public life and earn money on their own), an important reason for the formation of this style was probably the appearance of rich gangsters who came from simple families but dreamed of joining the aristocracy.

That is why the main characteristics of the Chicago style include:

Girls from simple, poor families aspired to get married or at least become gangsters’ girlfriends to experience a luxurious lifestyle. Another reason for the insolence of their appearance was that girls of unexpectedly and illegally rich men could at any time lose their generous lovers. Gangsters often either died in showdowns with competitors and shootouts with the police or ended up in prison for the rest of their lives.

Therefore, insolence was not only a part of girls’ appearance but also a trait of their character. Gradually, the new style of makeup became popular all over the world in all classes of society. 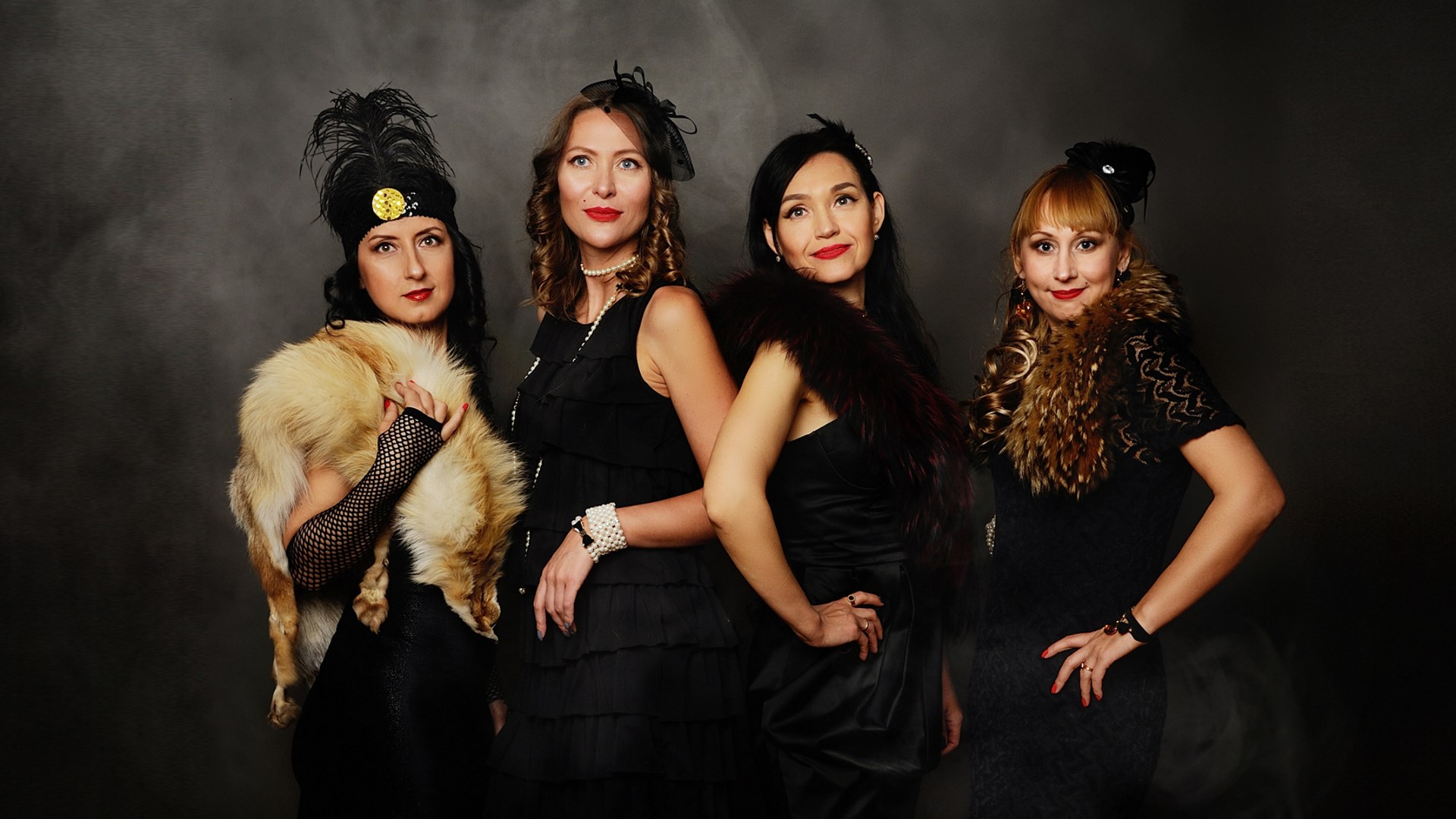 Some features of the makeup not only created an interesting visual image but also conveyed an unusual mood.

The eyebrows had to stand out and be the same shade as the hair. Therefore, girls had to dye their hair, which is why at the beginning of the 20th century there were so many brunettes on the streets.

The thick layer of powder seemed to remind of medieval noble ladies in wigs.

After many years of improvement, there were strict rules for creating Chicago-style makeup. The first step was toning the facial skin. Then it was necessary to lightly powder the skin and draw thin contrasting eyebrows of the same color as the hair.

After that, the girls drew shadows under the eyes, then used a black eyelash pencil, also applying it to the upper eyelid. Using a pencil, they made a clear drawing of the eyelashes and slightly lengthened them.

In the end, they painted their lips with bright lipstick.

For a special piquancy, they could draw a mole above their lips.